Cisco Brewers is bringing a slice of Nantucket to Boston and keeping summer going with a new pop-up beer garden in Seaport this fall that will... 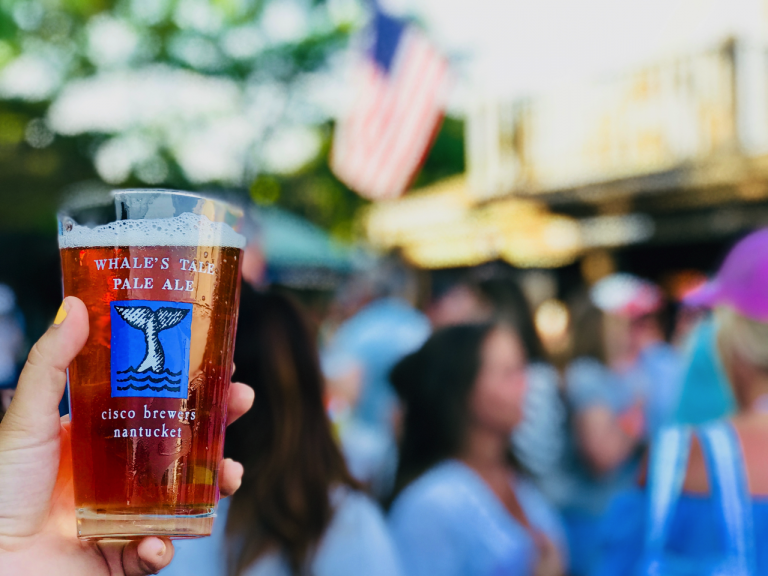 Cisco Brewers is bringing a slice of Nantucket to Boston and keeping summer going with a new pop-up beer garden in Seaport this fall that will feature its award-winning craft beer and wine, paired with raw bar and tacos from Loco Taqueria & Oyster Bar.

A portion of the proceeds from the Seaport location will support the Massachusetts Fallen Heroes Memorial Fund, a Boston-based nonprofit that developed and maintains a memorial in the Seaport honoring servicemembers from across Massachusetts lost in Iraq and Afghanistan.

“Boston has always felt like our off-island home. Many of the guests who visit us in ACK are from Boston, so we wanted to take a slice of what we do on island and bring it here,” said Cisco CEO Jay Harman. “One of the great things about being part of the Seaport neighborhood is that we can directly give back to the Boston community that’s supported us for so long. And we’re proud to support the great work being done by Mass Fallen Heroes on behalf of Gold Star families and veterans statewide”

The Cisco Brewers Seaport pop-up is the brewery’s second off-island location to open in New England this summer. The Nantucket-based brewery opened a new pub in the coastal town of Portsmouth, N.H. in June, which has already welcomed thousands of guests seeking to experience Cisco Brewers’ distinctive, laid-back island spirit on the mainland.

Seaport was a natural progression for Cisco, which already offers its popular beers on tap in many venues in the waterfront neighborhood, including the Barking Crab, City Tap House, Row 34, and Lola 42, among others.

“We are excited to be bringing more fun outdoor activities to the Seaport this fall and hope that folks from all over the city will enjoy the Cisco presence” said Yanni Tsipis, Senior Vice President for Seaport at WS Development. “We are especially pleased that the event will be supporting the extraordinary work of our partners at Mass Fallen Heroes.”

Located near Cisco Beach on the island of Nantucket, Cisco Brewers is Nantucket’s first craft brewery. Founded by hard-working, entrepreneurial islanders who started selling beer from their outdoor brewery in 1995, Cisco has carved out its own special place where they tough out winters to celebrate summers. Over the years, Cisco has attracted a cult following among visitors and opens its doors to anyone making the trek. Named a top travel destination by Time Magazine, The Huffington Post, Travel & Leisure, and Men’s Health which called the Brewery “the Happiest Place on Earth,” Cisco’s Nantucket brewery is a common ground where people from all walks of life connect over classic and approachable craft beers like Whale’s Tale Pale Ale, Grey Lady, Indie IPA, Shark Tracker and Sankaty Light Lager. In addition to its Nantucket location, the brewery operates a brewpub in Portsmouth, NH and a pop-up pub in Boston, MA. For more information about Cisco Brewers, visit http://www.ciscobrewers.com/.

Culture, industry and community converge making Boston’s Seaport district a dynamic and vibrant area that is quickly emerging as one of the most exciting neighborhoods and destinations in the country. Seaport is currently Boston’s single largest development project. WS Development is transforming 23 acres of waterfront land with a carefully selected mix of residential, hotel, office, retail, entertainment, civic and cultural uses, and public open space across the district. Combining the best of historic and modern-day Boston, Seaport is rapidly becoming a national destination for fashion, culture, arts, dining and entertainment, and technology and life sciences, expanding Boston’s position as one of the top cities in the world. For more information visit www.bostonseaport.xyz, follow Boston Seaport on Facebook, and @SeaportBos on Instagram and Twitter.

WS Development is a Massachusetts-based property developer dedicated to the creation of places where people want to be. With more than 20 million square feet of existing space and an additional five million square feet under development, it is one of the largest privately-owned development firms in the country. In business since 1990, WS is a vertically-integrated company that develops, owns, operates, and leases over 90 properties, including urban buildings, lifestyle centers, power centers, community centers, and mixed-use developments. Its goal is to be a contributing member of each community it serves. For more information, visit www.wsdevelopment.com, call 617.232.8900 or follow WS Development on LinkedIn.