Countries That Consume The Most Beer Per Capita

According to research by the Japanese beverage company Kirin, Czech Republic has topped the per capita beer drinking table for 24 consecutive years 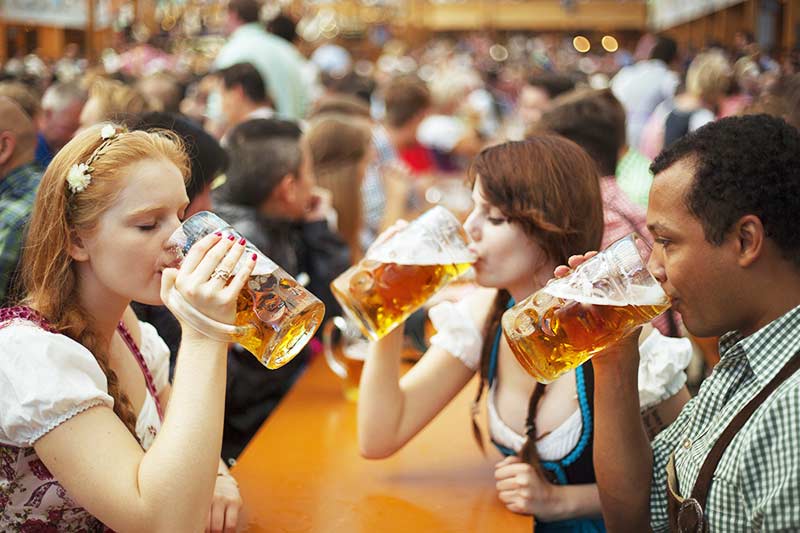 It's International Beer Day! We'll be sipping a crisp pint later tonight, but first we've decided to map the world according to beer consumption per capita. Which nation is most enamoured by those sweet amber suds?

The answer to that question is resounding: the Czech Republic. According to research by the Japanese beverage company Kirin, the country has topped the per capita beer drinking table for 24 consecutive years.

In 2016, the most recent year for which statistics are available, the Czechs drank 143.3 litres per person (up from 142.4 litres in 2015). That's the equivalent of 287 pints – or one every 30 hours. But, given that minors are unlikely to be contributing to that figure, it's safe to assume that the average beer drinker probably guzzles quite a bit more.

Snapping at the Czech Republic's heels are the usual pretenders. Austria and Germany come third and fourth, Poland fifth and Ireland sixth.

There are some surprises, however. In eighth place is the Seychelles, a lofty ranking which we'll put down to the hot climate and the large number of holidaymakers. Namibia, meanwhile, takes second spot – surely that's down to its colonial ties with Germany.

Giving that drinking large quantities of lager can sometimes feel like our national sport, it's also surprising to see the UK down in 25th overall, with a consumption rate of just 67.7 liters per capita. Time to raise your game, folks.

What about total alcohol consumption per capita?
When it comes to overall alcohol consumption, a new top dog emerges. Belarus is the world's booziest nation, with the average Joe (or Sergei) consumes 17.5 litres of pure alcohol per year – that's equivalent to 179 bottles of wine, or 1,750 shots of vodka.