Brewers are looking to reach a new, more diverse audience. If you are going to grow, you cannot simply sell beer to young white dudes with beards 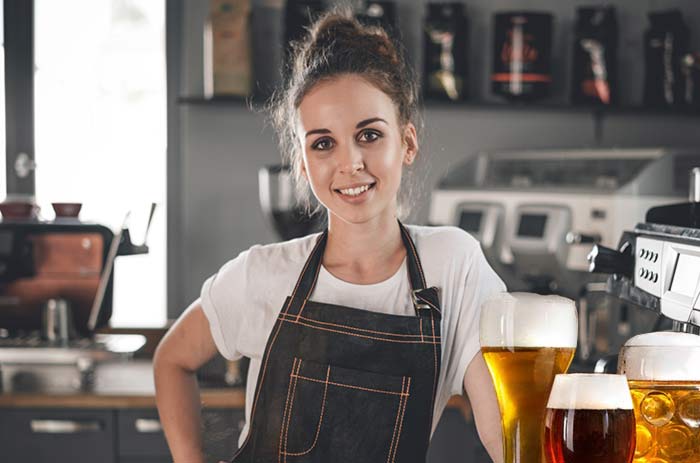 Faced with slowing sales growth, some brewers are looking to reach a new, more diverse audience.Thousands of craft beer brewers across the country have a problem: Sales are slowing, tastes are changing and stiff competition is coming from new directions. Wine and spirits have cut into market share. Cannabis deregulation looms.

Despite a dozen years of growth in the industry, some people in the business are wondering aloud if the "post-craft" era is nigh, and some are embracing the opportunity to broaden their appeal. From niche beers to inviting taprooms and branding, the business is formally investing in its cultural diversity as never before. Not just because brewers think it's the right move — because it's a smart move, too.

"If you are going to grow, you cannot simply sell beer to young white dudes with beards," J. Nikol Jackson-Beckham said in May, in her opening address as the first diversity ambassador for the Brewers Association, craft brewing's largest trade group, which represents nearly 7,000 small, independent brewers.

Over the last year, she has traveled to brewers' guilds and industry conferences, and developed guidelines and resources to help brewers make their workplaces, customers and brands more inclusive. She also worked with organizers of the inaugural Fresh Fest, an event in Pittsburgh last August that billed itself as the country's first for African-American beer enthusiasts, in what she called a "pilot case" that will inform how the association can best support more events like it.

Dr. Jackson-Beckham, who teaches at Randolph College in Lynchburg, Va., has been a home brewer and beer scholar for years. Her appointment last spring was perhaps the most significant and visible move yet in an industrywide effort to make craft brewing culture as diverse as its beers.

Even as domestic sales of craft beer reached a record-setting $26 billion in 2017, that figure was just eight percent higher than sales in 2016. In most industries, those numbers might be cause for celebration, but for American craft brewers, who enjoyed even stronger boom times earlier in the decade, it looks more like a slowdown.

There is plenty of room for craft beer to grow outside the demographic of white men ages 21 to 50. Just 31 percent of women say they drink craft beer "several times a year or more often," compared with 49 percent of men, according to data from Nielsen-Harris on Demand; that's up from 25 percent of women in 2015. But even as "craft is doing better with females," said Bart Watson, the Brewers Association's chief economist, the category "hasn't changed its race/ethnicity mix very much."

For years, macro brewers like Anheuser-Busch InBev and MillerCoors have pitched their brands to minority and underserved populations to shore up sales as one-time customers switched to wine, spirits or even craft beer.

But brewers must walk a fine line as they seek to diversify their staffs and their fans, so the changes do not come off as a feeble attempt to make money.

Marketing "is where a lot of the conversation and press has been," said Dr. Jackson-Beckham, noting that in recent years, the online craft beer community has policed offensive beer labels and names, and criticized the brewers behind them.

Now, many breweries are finding ways to sell beers to underrepresented drinkers respectfully. In Albuquerque, Bow & Arrow Brewing Company caters to Native Americans in the city's Wells Park neighborhood. "We like to be able to share our passion with other folks like us," said Shyla Sheppard, who owns the brewery with her partner, Missy Begay. Ms. Sheppard is a member of the Mandan, Hidatsa and Arikara Nation and Ms. Begay is Navajo. "Our buddies are Native professionals: doctors and lawyers or even farmers and ranchers."

Bow & Arrow's Rancho Bizarro is a series of sour ales with label art created by the indigenous illustrator Dale Deforest. The brewery has also used Navajo tea in a limited-edition grisette beer, with plans to incorporate more indigenous ingredients in new brews.

"I'm not a Pollyanna. I know it's driven by sales," said Gonzalo J. Quintero, a community activist and current adviser for San Diego State University's craft brewing certification program. He said craft brewers in his area, like Thorn Brewing in the city's Barrio Logan area, have created Mexican-style lagers because "they see that's a style of beer that appeals to a wide audience."

Making beer Baja-style to celebrate the Mexican brewing tradition requires a level of cultural appreciation and sensitivity. "There's ways to do things and be culturally appropriate" and not engage in cultural appropriation, Dr. Quintero said.

He points to South Norte Beer Company, founded by a former brewmaster at Coronado Brewing Company in San Diego. The brewery makes Mexican-style beers, like its Sea Señor lager and No Güey! mango India pale ale. Beyond cheeky labels, South Norte is making serious investments across the border, working with Telefonica Gastro Park in Tijuana, Mexico, to build a permanent brewing outpost there. This sort of genuine cultural exchange, said Dr. Quintero, "is putting their money where their mouth is."

Staffing is another way breweries are becoming more inclusive. If there's someone who looks like you behind the bar, the logic goes, you may feel more comfortable ordering a pint.

"We bring a lot of diversity into the community just by being a bar that employs people who are not old white people," said Erik Lars Myers, a founder of Mystery Brewing Company in Hillsborough, N.C.

Still, embracing cultural diversity is no panacea for the realities of a competitive market. Despite Mystery Brewing's earning national acclaim for brewing a fund-raising "protest beer" in dissent of North Carolina's contentious "bathroom bill," it closed in October, citing undercapitalization and bad luck.

And not everyone who likes craft beer feels the same way about social progress. In April, Tired Hands Brewing Company, a craft brewery in Ardmore, Pa., posted a job for a diversity internship, hoping to draw female and minority student applicants. On social media, reactions were hostile.

A lot of people in the craft brewing industry "don't like that there's this association with like ‘bro culture,'" Ms. Foster said, adding that fellow brewers' reactions to the diversity internship were overwhelmingly positive. Tired Hands is hoping other breweries do likewise, she added, "because it'd be really cool to create these pipelines for the brewers of the next generation."

Dr. Jackson-Beckham spent much of 2018 "listening and learning" from brewers across the country. This month, the Brewers Association published her "diversity best practices" to help like-minded craft brewers think of inclusion while growing their businesses.

"The past eight months have honestly been remarkable," she said. "It's hard to process how much information I've collected."