More Women Than Ever Are Drinking Beer At Home 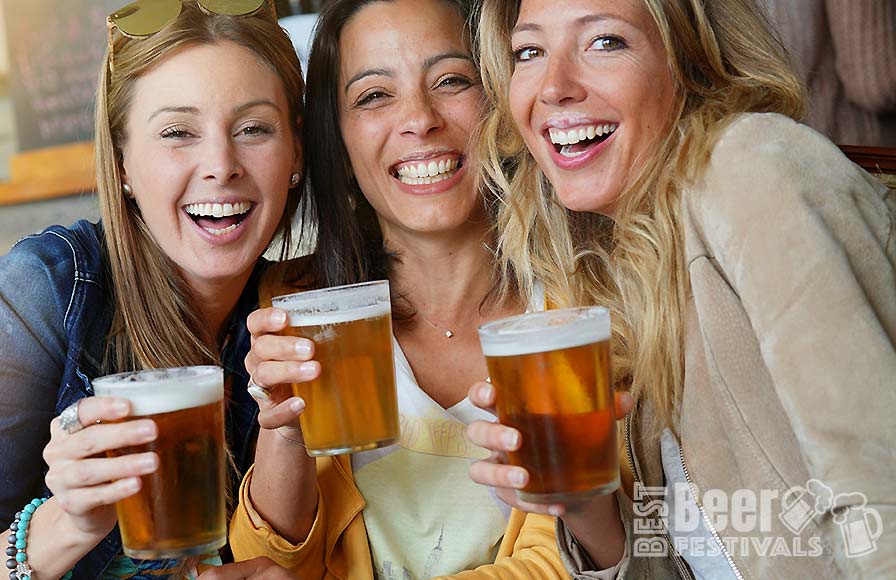 More women than ever are drinking beer at home, choosing pints over wine or spirits as they relax in the evening, according to a study.

Almost a third of women said they choose to drink beer at home, compared to just three per cent in 2009.

When out at the pub or in a bar, they are more likely to drink beer if they are out with female friends rather than male.

Perhaps unsurprisingly, the report found that far fewer women drink beer than men; with only one in six choosing the beverage at least once a week compared to more than half of men.

The Gender Pint Gap report, compiled by Dea Latis, the female beer group, and based on a YouGov survey, revealed that the UK has one of the lowest percentages of female beer drinkers in the world, despite the much lauded craft beer boom.

Outdated, “sexist” marketing, fear of developing a “beer belly” and negative perceptions about flavour were found to contribute to women spurning the drink.

Women are less likely to order beer at a bar if they are socialising with men, study finds.

Women are less likely to order beer at a bar if they are socialising with men, study finds CREDIT: CAIAIMAGE/PAUL BRADBURY

A fifth of women said the high calorie content was one of the main reasons they avoided beer whilst almost a third said they feared “being judged by others”.

The report suggests that generally, women's attitudes towards beer have not changed in nearly a decade.

Lisa Harlow, a co-author, said: "Our research has shown many misconceptions which women still hold about beer, such as calorific content, self-image and pre-conceptions about taste.

"It was disheartening in our supposedly enlightened times that so many of our female respondents cited 'being judged by others' as a reason for not drinking beer. Perhaps we need some high-profile celebrity advocates to show women that it is acceptable to drink beer?"

The report suggested that clear, concise information about flavour profiles could be key to encouraging sampling and should be supplied by retailers.

It said a “quality over quantity” message could overcome the fear of weight gain by offering beer in different sizes and formats.

“Beer itself doesn’t have a gender and there is nothing remarkable about a woman drinking a beer,” it said.

“But it is impossible to ignore the larger questions swirling around women, gender and beer

“We know it’s about perceptions, glassware, volume of liquid, range of beer styles, better training – none of this is new. But who is addressing this and making this happen so that the female drinking consumer starts to get the same story?”