The Truth About Beer

Beer is typically made from water, grain, hops, and yeast. Malted barley is the most commonly used grain 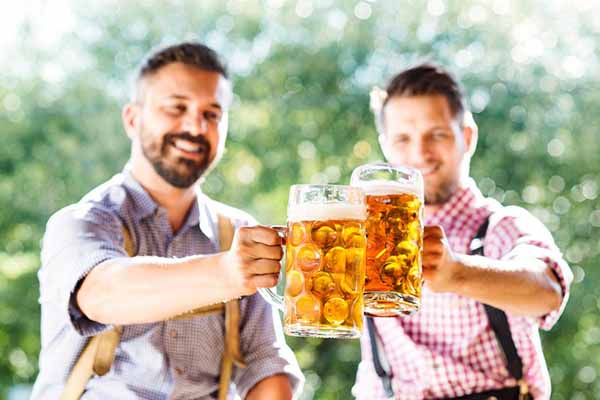 Beer is typically made from water, grain, hops, and yeast. Malted barley is the most commonly used grain. It’s usually flavored with hops to add bitterness to balance the sweetness of the malt. The hops also act as a preservative. Finally, brewer's yeast ferments the brew into alcohol.

Some brews are made with other grains: wheat, maize, or rice instead of barley. And some use fruits, herbs, and spices to create unique-tasting beers.

Beer's alcohol content ranges from less than 3% to 40% depending on the beer style and recipe. Most pale lagers are around 4% to 6% alcohol.

If you drink it in moderation, beer (just like wine, spirits, or other alcohol) can have health benefits.

Limit yourself to no more than one drink per day for women, two drinks per day for men. One drink is 12 ounces of regular beer.

The hops, yeast, and grains in beer contribute carbohydrates, a small amount of B vitamins, and potassium. But don't plan to get your nutrients from beer, or to drink beer or any other alcoholic beverage for health benefits. And if you don't drink now, most health experts don't recommend that you start.

Drinking too much beer, or any other type of alcohol, is bad for you.

You've heard of the "beer belly." But beer isn’t necessarily to blame.

"Too many calories of any kind can result in a 'beer belly,'" says Hillary Wright, RD, a nutrition consultant for the National Beer Wholesalers Association.

Yet drinking too much beer is often blamed as the culprit for the abdominal pouch. "Liquid calories are easy to overdo," Wright says. "You don't get a sense of fullness; and with the average 12-ounce beer containing 150 calories, it adds up quickly."

So, what do you do when you want to enjoy a beer, but you want to avoid some of the calories? Wright recommends choosing a light beer that has 64-110 calories.

Keep in mind, too, that alcohol makes you hungry and lowers your inhibitions, so you may eat more than you planned to when you're drinking. And of course, if you're drinking, don't drive.